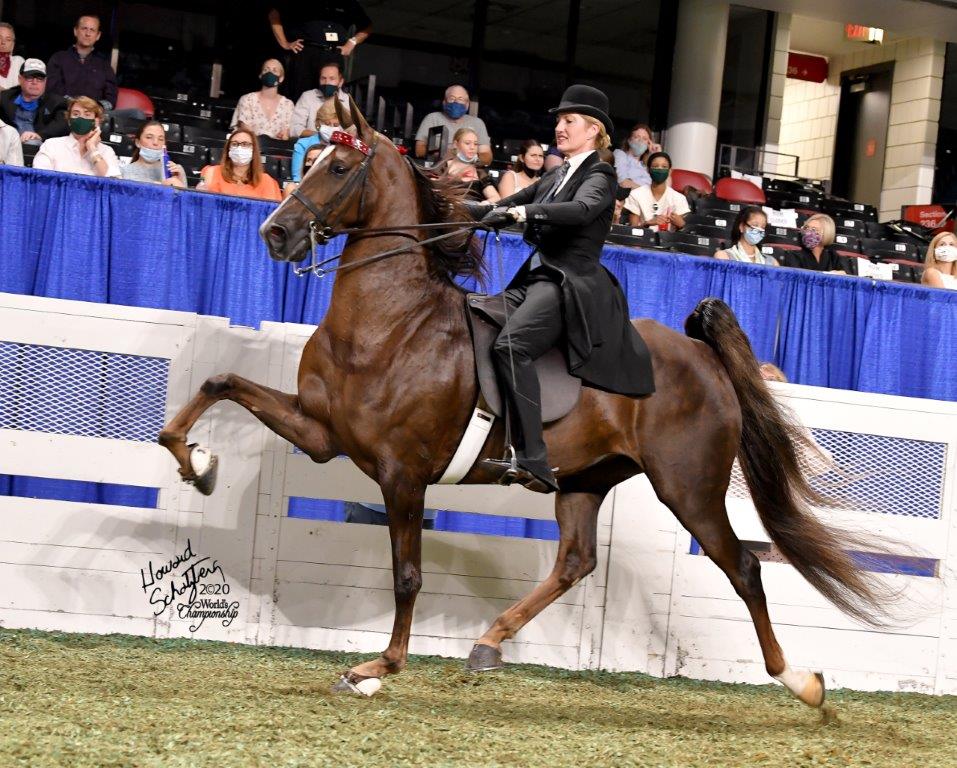 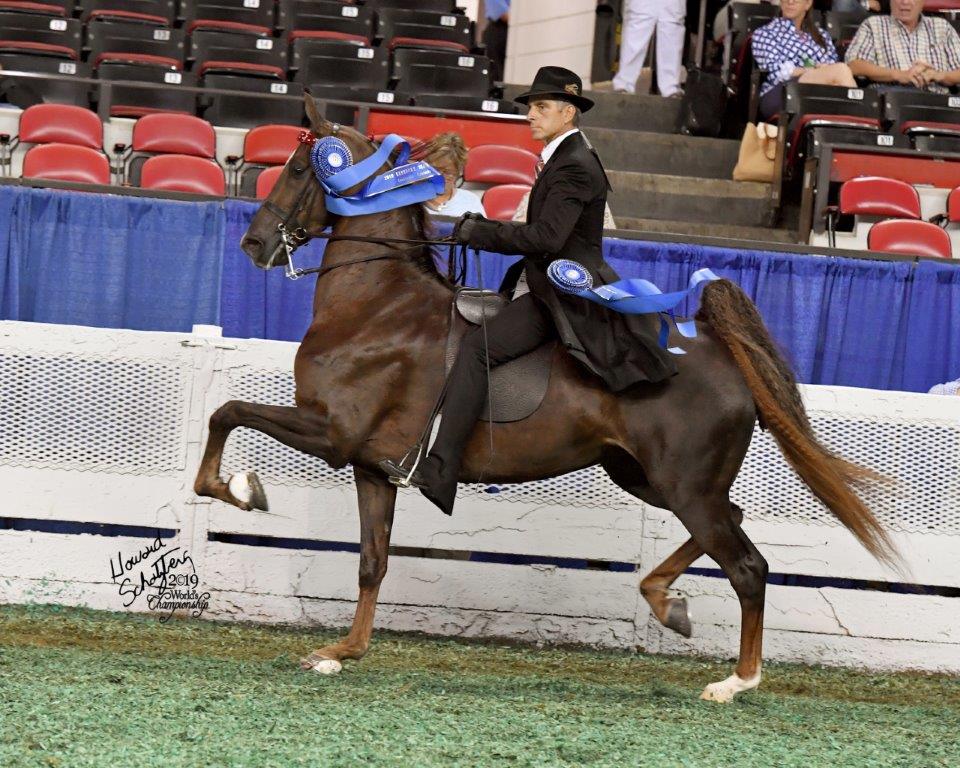 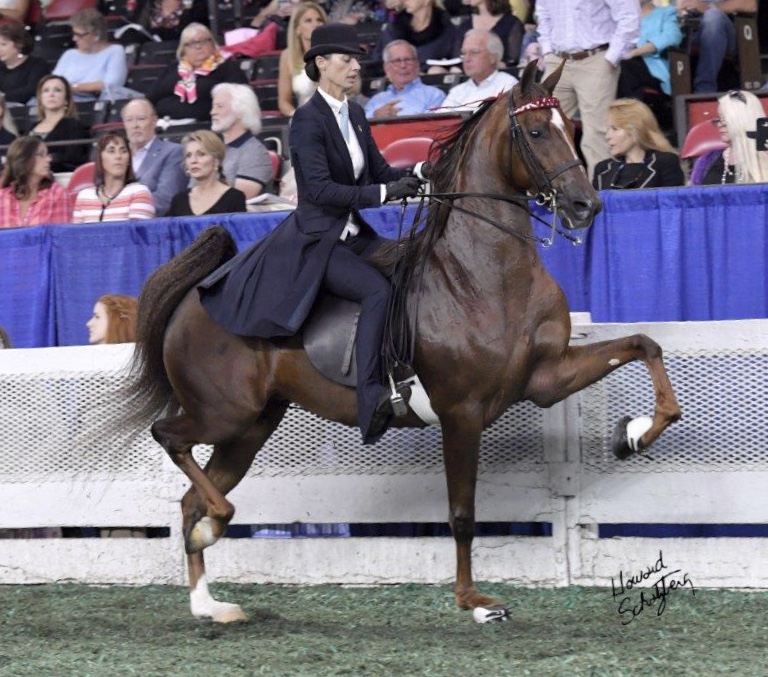 Last Night Out (2006, ASR #143477) Already the dam of multiple Five-Gaited Mare World's Champion Divergent, Last Night Out comes from a long line of show horses on both sides of her pedigree. She is by WGC sire CF First Night Out, broodmare sire of WGC Tango's Token Kiss, WCC A Night In Vegas, WC Central Perk, WC Odeon, etc. She is a half sister to WC CH Kentucky Proud and her dam, Enchanting Elizabeth, is a full sister to WC CH Jaunty Janette (dam of WC CH Undulata's Sweet Sister) and Positively Peggy (dam of WCC CH Break On Through), and a half sister to Lady Phi (dam of WC Man On The Move and WC Isn't She Something).